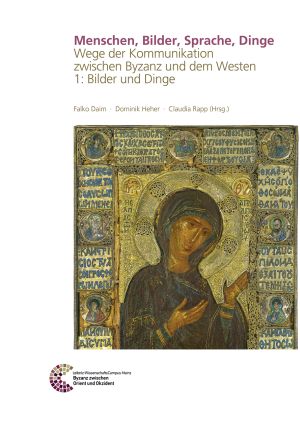 In 2018, the Roman-Germanic Central Museum Mainz presents in cooperation with the Schallaburg, the splendid Renaissance castle near Melk (Lower Austria), the exhibition »Byzantium & the West: 1000 forgotten years «.
Both Byzantium and the European West spring from the Roman Empire, but as early as Late Antiquity experience different developments. While the Roman Empire continued to exist in the East and passed seamlessly into the Byzantine Empire of the Middle Ages, pagan polities took its place in the West: the kingdoms of the Goths, Vandals, Anglo-Saxons, Lombards and Franks. Although Byzantium was respected or accepted as a major power by the other European entities for at least 800 years, territorial conflicts, disputes, and cultural differences quickly emerged. In addition, communication became increasingly difficult - in the "orthodox" East, Greek was the common language, while in the "Catholic" West, Latin was the lingua franca. Differences in liturgy and questions of belief intensified the disparities or were even (religio-) politically underlined to emphasize dissimilarity. But one still continued to admire "wealthy Constantinople" and the Byzantine treasures - among them the magnificent silks, ivory reliefs, technical marvels, plentiful relics and magnificent buildings.

The change came in 1204 with the conquest and plunder of Constantinople by the Crusaders. For the already weakened Byzantine Empire, this catastrophe meant a completely new situation as an empire in exile, whose emperor and patriarch had to flee to Asia Minor. Across much of the former European Byzantine Empire, crusader states spread; Venice and Genoa, which had previously been strongly present as trade powers under special treaties, became major determinants of the western powers in the East.

On the occasion of this exhibition, two accompanying volumes with a total of 41 contributions concerning the varied and changing relationships between the Latin West and the Byzantine Empire are being published. The volumes are structured according to the media of communication: people, images, language and things. They collect contributions from renowned scientists with archaeological, art historical, philological and historical priorities. Several overviews and detailed studies are drawn from research projects of the Leibniz- ScienceCampus Mainz: Byzantium between Orient and Occident, as well as the focus on Byzantine and medieval research of the Austrian Academy of Sciences in Vienna.

"The two volumes under review accompanied the exhibition Byzanz und der Westen. 1000 vergessene Jahre , that was held at the Austrian castle Schallaburg in 2018. The theme of the exhibition is closely linked to various current and large research projects, in particular Byzanz zwischen Orient und Okzident of the Leibniz-WissenschaftsCampus Mainz in Germany and Moving Byzantium led by Claudia Rapp at the University of Vienna in Austria. Accordingly, many of the contributors to the volumes are somehow involved in these broader projects, supplemented with scholars working on this theme. Central to the exhibition as well as the research projects is the position of Byzantium at the crossroads between East and West."Daniëlle​ Slootjes, in Bryn Mawr Classical Review 2019.07.11