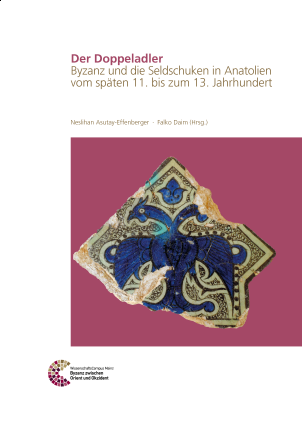 The Rum Seljuk Empire had emerged after the devastating Battle of Manzikert in 1071 in the previously Byzantine Anatolia. Until its dissolution in early 14th century it was the Byzantines’ most important neighbor on their Eastern border. The Rum Seljuk Empire combined Seljuk and Greek-Orthodox populations. Thus it was in close contact with Byzantium: Especially trade, the exchange of artists and marriages defined these relations. These social and political links as well as the ethnic and religious tolerance that shaped the coexistence of different groups in the Rum Seljuk Empire built the foundation for great art. At the same time we only know little about the Rum Seljuks and their interaction with the Byzantines so that the impression, that there had not been any cultural exchange between them, still prevails.

This conference volume presents the results of an interdisciplinary congress that took place October 1.-3, 2010 in the Römisch-Germanisches Zentralmuseum Mainz. The congress intended to discard this impression and initiate a discussion about problems concerning the Byzantine-Seljuk relations.

"Although the Byzantine was one of the most important empires of the medieval period, it is not well known in the today western world."