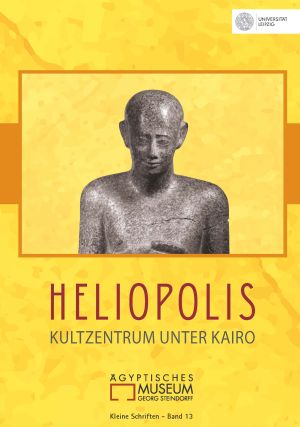 On the occasion of a special exhibition at the Egyptian Museum - Georg Steindorff - of the University of Leipzig, current research results were presented to the general public for a period from January - August 2020. As a part of this the context of the work of the Egyptian-German joint venture at the Temple of Heliopolis was presented, and summarized in the e-book that is now provided. Included in this are essays on finds from Heliopolis from the 3rd-2nd century B.C. which were on loan from the Egyptian Museum in Berlin, as well as on the history of the Egyptian workers on German excavations.