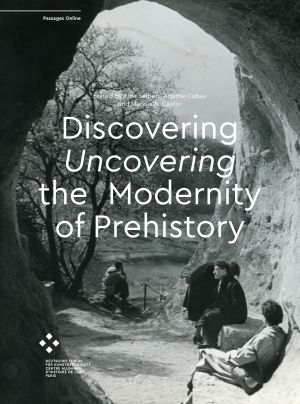 Discovering/Uncovering the Modernity of Prehistory

The research field of prehistory and modernity is very topical in both French as well as German art history, though the traditions differ. In view of this historical situation, the conference’s goal (German Center for the History of Art Paris, 2017) was to raise awareness and initiate a dialog, which opened up new perspectives for all participants and generated innovative research. Prehistory, or primeval times, leads back to fundamental art historical questions: When did abstraction begin? What specific qualities of prehistoric artefacts contributed to solutions to artistic problems of the European avant-gardists like Picasso, Miró, Baumeister, Giacometti or Bataille? What is characteristic of prehistoric art as compared to other arts premiers? Work-related questions stood at the center of the discussions and revealed interdisciplinary connections and opened debates intended to inspire further research.

Elke Seibert (PhD) is a curator, lecturer, collection specialist. She specializes in the interdisciplinary study of reception processes in contemporary and fine art from the 18th to the 20th century. Dr. Seibert is particularly interested in the classical modern period (Europe/USA), especially in a global context, as well as the making of modern art influenced by ”Primitivism” from 1900 to 1950. Several articles about her research results have appeared in international peer-reviewed journals und she is the author of “American Modernity and Prehistory – The ‘Cavey’ Pictures”. She was a postdoctoral research fellow for 2016–18 at the Centre allemand d’histoire de l’art, Paris, and a Terra Foundation Senior Fellow in American Art in Washington, D.C., in 2012–13.