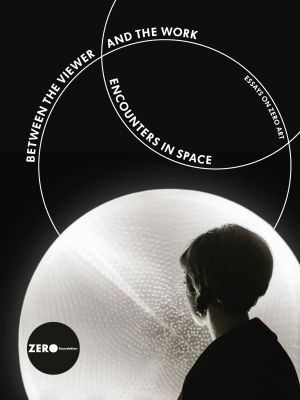 Between the Viewer and the Work: Encounters in Space

The international art movement ZERO, which formed towards the end of the 1950s, created works of art that penetrate the viewer’s space in various ways: for example, through reflections of light, motion, projections, or spatial expansion.

This development is to be seen in the context of a general tendency towards abandoning the painting, which could be witnessed around 1960 in a number of countries: From two-dimensional pictures to objects and spatial installations, the works increasingly encroach on the space of the viewer and demand different grades of participation. What role does ZERO play in this context?

An international conference held in Düsseldorf in 2018 on occasion of the event ZERO: Please turn! dealt with this question. The publication contains the contributions to the conference.