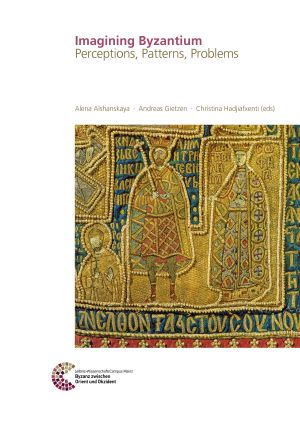 Titelei
Table of Contents
Preface
Imagining Byzantium: An Introduction
Byzantium, Medieval Russia and the So-called Family of Kings
»Byzance après Byzance« – Nicolae Iorga’s Concept and its Aftermath
The Western Byzantium of Konstantinos Paparrigopoulos
Oriental like Byzantium
The Collection of Byzantine Canon Law (»Kniga pravil«, 1839) as a Legal Basis for the Russian Orthodox Church in the 19th and 20th Centuries: Paradoxes, Problems and Perspectives
The Reception of Byzantium in Russian Church Historiography
Approaching the Byzantine Past in the Historical Work of Dositheos of Jerusalem and Meletios of Athens
Byzantium in Greek Church Historiography of the 19th Century: Between German Protestant Influence and Greek Orthodox Confession
Byzantium for Priests
Russian Imperial Policy in the Orthodox East and its Relation to Byzantine Studies
Bad Byzantines: A Historical Narrative in the Liberal Conception of Vladimir Jovanović
Negotiating National Prospects by Capturing the Medieval Past: Byzantium in Serbian Architectural History at the Turn of the 20th Century
Byzantine »Slavery« as Postcolonial Imagination: »Foreign« Rulers of a »Pure« Bulgarian Nation (1850-1930)
Sigles Used
Total

Byzantium the other. Byzantium the pompous. Byzantium the eternal. The mere existence of this empire with his rich history and otherness from western European traditions spurred the minds of scholars, noblemen, politicians and ordinary people throughout its survival and long beyond its final downfall in 1453. Neglecting its great political and cultural influence on neighbouring countries and beyond, Enlightenment writers stripped Byzantium of its original historical reality and thus created a model, which could be utilised in very different constructs, stretching from positive to absolutely negative connotations. With the rise of new nationalisms, primarily in Eastern and Southeastern Europe, and the associated politically inspired historical (re)constructions in the 19th and 20th century, the reception of Byzantium gained new facets, its perception reached into new dimensions. In this volume, we would like to shed some light on these patterns and the problems they entail, and show the different ways in which »Byzantium« was used as an argument in nation-building and in constructing new historiographical narratives, and how its legacy endured in ecclesiastical historiography.