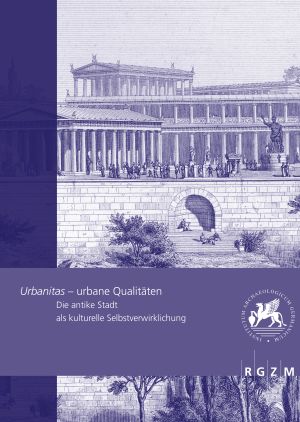 The sheer unimaginable number of ancient towns allows no doubt about where life in the Classical world pulsated. What exactly the huge attraction of the towns comprised, however, can only be guessed at in the wake of the few comments in the literary sources: Apart from the varied entertainments on offer which the towns could provide, there is always mention of sophistication, whether in the social network or in the design of the material world. But how do such facets of urban culture also reveal themselves archaeologically? The conference proceedings address the question of ancient urbanitas exemplarily from various directions: On the one hand attention is placed on all those architecturally distinguishable installations which allow the recognition of a refined life beyond the economic criteria of utility. On the other hand it is highlighted with which methods towns procured a distinct self-consciousness, which testifies to pride, the desire for prestige and an enduring sense of togetherness. Finally, it also concerns the very simple question of what in the eyes of ancient people makes the town a town. Which urban qualities have to be achieved, so that a local community could claim to be on a par with other towns? The papers collated here, which deal not only with the large centres, but also with towns of various sizes up to the periphery of the Mediterranean world during the time-span of the 7th century B.C. until Late Antiquity, provide different answers. Certainly, there are recognizable patterns and obligatory ideas of standards, but to no lesser extent idiosyncratic solutions and special paths, thanks to which the towns could create a particular image.