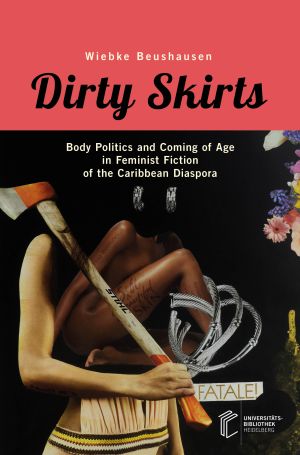 The coming-of-age novel continues to be an important genre for depicting the interrelation of body, subject, and society. Women writers of the Caribbean diaspora return to this genre to describe lived experience and both social inclusion and exclusion, that either support or inhibit personal development within seemingly predetermined power structures. This study investigates and defines the Caribbean-diasporic coming-of-age novels which aim to decolonize the genre of the Bildungsroman. It offers a comparative perspective on the novels written by Angie Cruz, Edwidge Danticat, Ramabai Espinet, and Makeda Silvera, who write about adolescent, maternal, homoerotic, unruly, violated, and rebellious bodies. Close reading focuses on the fictional representations and discourses of hegemonic and subversive body politics under postcolonial and migrant conditions. The book shows how feminist, political writing makes marginalized bodies, identities, and histories visible.

The study’s focus on the body in contexts of migration is political and of high contemporary relevance. Moving bodies are certainly not a new phenomenon of our immediate present. However, the ways these bodies come to matter within the globalized world have been shifting considering  the contemporary paradox of seemingly borderless global markets and free-floating capital but increasing control of certain bodies at quite real national borders. The bodies written in the four novels thus function as social, cultural, and historical documents offering at the same time a powerful statement on political discourses of our time.