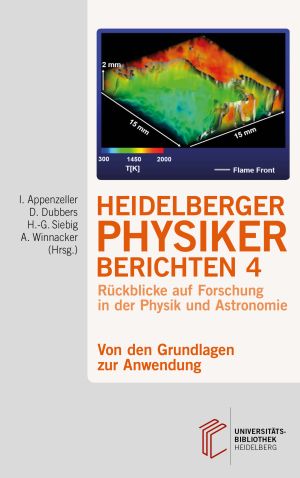 As with the previous volumes in the series „Report’s from Heidelberg’s Physicists”, in volume 4, intended to be the penultimate volume in the series, Heidelberg lecturers not only of Physics but also of Physical Chemistry, look back on the development of their scientific careers and developments in their subjects. This volume has a special emphasis on application, as is mentioned in the title, which in the tradition of physics in Heidelberg has played more of a marginal role.  The subtitle of the volume points on the one hand towards the personal academic development of the individual lecturers, and on the other hand towards the general tendency for basic research to open itself to being applied. In the texts presented in this volume this development occurs methodically, by applying the possibilities that result from the use of highly developed methods in laser spectroscopy, modern optics and spin resonance, to pose practical questions, often of an interdisciplinary nature, in areas such as biology, medicine, process engineering and materials science.  It is precisely this interdisciplinary aspect of the research being presented that is characteristic of a trend in science today.