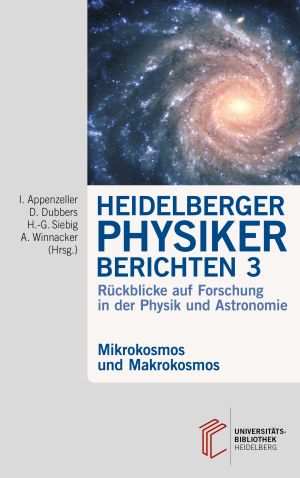 "Reports from Heidelberg’s physicists" is initially planned as a four volume work, in which former lecturers in physics and astronomy at the University of Heidelberg look back at their lives in science and the history of their subjects. The contents of this volume consist of autobiographical lectures presented as part of a lecture series between 2015 and 2016.  The emphasis of this series was on the development of physics in the last third of the twentieth century and the start of the twenty-first century.  This period saw an expansion of the traditional research areas covered by physicists in Heidelberg, as well as an increase in the number of important current research topics including some taken from practical applications. As well as their scientific content, these contributions offer insights into the respective conditions and the way that scientific results are arrived at. The texts reflect the vitality of the spoken lectures and the authenticity of these personal recollections.