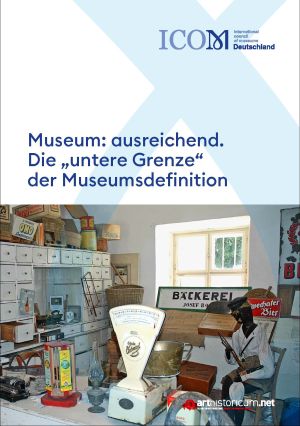 The quantity and diversity of museums is increasing; but what about “hard criteria” for differentiating museums and non-museums? The Austrian-German-Swiss conference “Bodensee-Symposium 2018” discussed interesting case studies of drawing this definitional line by outsourcing if the museum staff does not have certain competences, by clear renunciation of one of the five main tasks of museum work because the capacities of the museum are insufficient for realising this task, or by external assessment and certification if this institution fulfils the expected level of museum work (or not). This volume closes with reflections of the museum definition by representatives of institutions which are only similar to museums (a private art collection, university collections, a product archive of a commercial company). 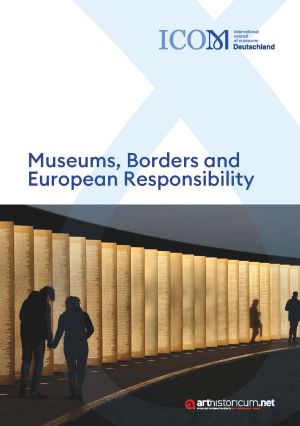 Museums, Borders and European Responsibility
One Hundred Years after the First World War

Museums are the treasure troves of cultural heritage, places of remembrance and self-assurance. But whose stories are they telling, and why? What is remembered in museums, and what is forgotten?
One hundred years after the end of the First World War, museum practitioners and scholars from Europe and beyond reflect anew on the impacts of the war. They consider the central role museums play in the accurate and authentic representation of war, the shaping of commemoration and the preservation of war‘s legacy. They explore difficult issues including diverse and conflicting perspectives of war, political influence and the question of European responsibility.
They argue for the confident inclusion of critical voices and diverse perspectives, and deeper thinking about the impact of violence and dogma on European society. 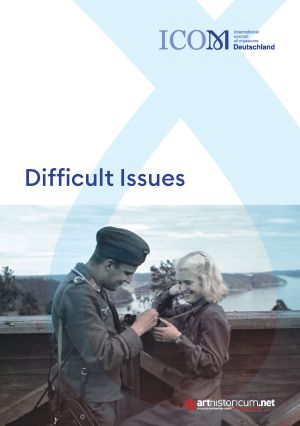 Museums are the treasure troves of cultural heritage, places of remembrance and selfassurance. But whose stories are they telling? What is remembered in museums, what is ‘forgotten’? – Around 200 museum experts discussed different concepts of action at the international ICOM 2017 conference. Interim results: In order to secure their acceptance by as many reference groups as possible, museums need to communicate their profiles and environments proactively. They make visible different groups of the population, make their life stories heard and present them as equal parts of a shared cultural heritage.
The conference volume brings together numerous examples from European museums, with which the experts involved would like to strengthen the exchange of expertise and contribute to mutual learning.