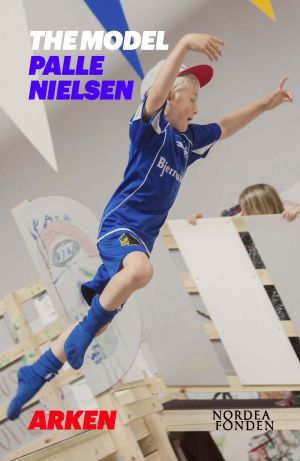 Frontispiece
Foreword
The Model 2014 - A Model for Qualitative Participation
Between Activism, Installation Art and Relational Aesthetics Palle Nielsen’s The Model – Then and Now
The Model as a Site of Inspiration
”My Art is Not Made for the Art World”
A Brief History of the Model
The Social Artists
Social Aesthetics – What is it?
Biography
The Model at Work
Colophon
Total

Play, participation and relational aesthetics are central concepts in ARKEN’s research-based online publication on Palle Nielsen’s reinterpretation of The Model at ARKEN in 2014. This pioneering artwork – a gigantic playground for children – was installed for the first time at Moderna Museet in Stockholm in 1968. In connection with its reappearance at ARKEN, The Model 1968/2014 became part of ARKEN’s collection and is documented in this publication.

Three new texts approach The Model from the perspective of the curator, the art historian and the play researcher. What kind of participation occurs in The Model today? How has the idea of utopia changed since 1968? And what are the sensuous forces of play unleashed by The Model that generate its creative and formative potential as a playground? The publication also includes an interview with Palle Nielsen, as well as several of his own previously unpublished and reprinted texts. Finally, the publication includes the first comprehensive biography of the artist.