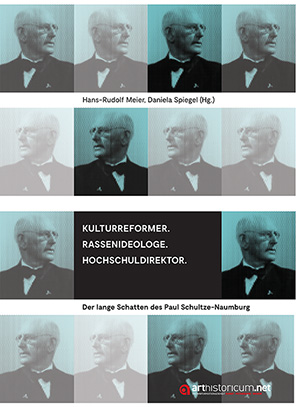 Being a co-founder of important institutions like the Werkbund and the Deutscher Bund Heimatschutz, Paul Schultze-Naumburg (1869-1949) belongs to the most important representatives of German cultural history of the early 20th century. After the First World War, though, the painter, author, entrepreneur, architect and politician radicalised himself developing an increasingly racist attitude and joining the NSDAP at an early stage.

From 1930 to 1940 Paul Schultze-Naumburg directed the “Staatliche Hochschulen für Baukunst, bildende Künste und Handwerk“ in Weimar. In his attempt to align the former Bauhaus with the new rulers' ideology, he developed an explicitly anti-modern didactic concept which focused on glorifying the tradition of german craftsmanship.

This volume takes a closer look at Paul Schultze-Naumburgs life and work as well as at the profile the Hochschule Weimar was given under his directorship. Further, the impact of this contradictory, difficult personality are discussed. The book presents the results of a scientific symposium, organized by the Bauhaus-Institut für Geschichte und Theorie der Architektur und Planung which was held at the Bauhaus-Universität Weimar on December 3rd & 4th, 2015.